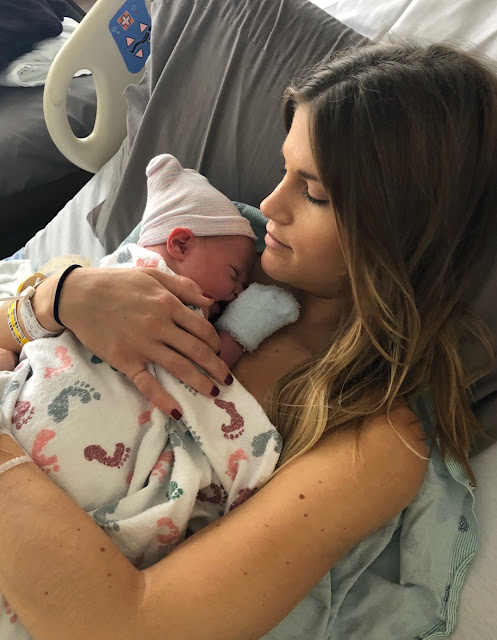 About 6 years ago, while living in LA (and on a brief long-distance split with Greg), a friend asked me a question that changed my life. "What is something that you must do before you die that would make your life complete?" Kind of thrown off guard by such a serious question, I really thought about it and my answer was simple: be a mom. This conversation shaped my future, because in that moment I knew Greg would be the father of my child one day. I called him the following morning and we decided to give forever a shot. Two months later, Greg moved across the country and the rest is history.

Two weeks ago my lifelong dream of becoming a mom became a reality when I gave birth to my son. My due date was November 28th and my doctor advised an induction before reaching 41 weeks as the risk for c-section and other complications increases. I had an appointment to be induced on Monday, December 3rd.

I had tried so many things to naturally speed up labor. My body had started the process, with a few early labor symptoms and being dilated about 1-2 cm, but had been in that state for 2 weeks with no progression. I was so nervous about being induced and scared of the medication Pitocin commonly used. My anxiety was through the roof, crying constantly and not sleeping at all. My mom is a nurse and she talked to me about my fears, helping me work through my anxiety, and backed my doctors advice as well as my decision to go through with the induction.

Greg, my mom (who was serving as my doula) and I showed up to the hospital at 6:45am on the day of my scheduled induction but we were unfortunately turned away as there were no open rooms available, and were told we would receive a call around lunch time to return. Slightly disappointed since I had mentally prepared for the appointment, we went home and waited for the call. I tried to keep my mind off everything - Greg and I took a long 45 minute walk around the neighborhood and I took a quick nap. I ate a hearty lunch and called the maternity ward back, and was told to come in at 1:30pm. Once I was admitted, it still took forever to get started as the floor was packed with patients.

After a cervical exam showing I was still only 1-2 cm dilated, my doctor advised the nurse to give me Cervidil, which is typically a 12-hour process and then start Pitocin the next morning. Bummed that we were getting a late start at 6pm and would have to wait until the following morning to really get things going, but I was still trying to stay positive. About a half hour after the nurse placed the Cervidil, she came back in to ask if I was feeling the contractions shown on the monitor. I wasn’t feeling much but encouraged that things were happening.

My doctor came in to check me and moved the Cervidil even farther back (ouch!!) The contractions immediately started getting more intense accompanied with stabbing pain in my lower back. The nurse I had that night was so amazing - offering me heating packs for my back, brought in a birthing ball to bounce on, and hooked me up to a wireless monitor so I could walk the halls. Nothing was helping the pain and the contractions were on top of each other, never returning to the baseline.

My nurse came back in to do another check after seeing the monitor and said we could remove the Cervidil since it kickstarted labor and my body was taking over. My doctor came in and broke my water at 1am. I called my mom shortly after to give her an update and she and my dad headed back to hospital to be by my side.

The pain got so intense. I tried to just close my eyes and take deep breaths through each contraction but my body was shaking uncontrollably. My nurse said the anesthesiologist was down the hall with another patient and could give me an epidural whenever I was ready. At 3am I got an epidural, which was surprisingly painless. I started feeling better shortly after that as my lower body became numb. I slept through the active labor stage, with my nurse coming in every hour to shift me from side to side to help speed up the dilation process. By 5am, I was 6cm and at 7am I was at 9cm. It was almost go-time. Greg called his parents to start getting ready and head to the hospital since they live about an hour away.

A little after 10am, my doctor instructed me to start pushing, with Greg and my mom by my side. Greg and one of the nurses held each of my legs for the next hour and 20 minutes until our baby was born. The epidural ran out at the worst possible time - he was crowning and I felt everything! It was extremely painful but the reward was beyond worth it.

As soon as he was born, my doctor put Jack on my chest and Greg cut the umbilical cord shortly after. We snuggled skin to skin for a little while before taking his measurements. The doctor, nurses and my mom stepped out so Greg and I could have some time just the three of us. After about an hour, Greg went to the waiting room to get our parents to meet their new grand baby. Jack and I were alone for the first time. When I looked down at him, I lost it - tears of joy streaming down my face as the adrenaline of delivery started to subside and immense happiness flooded over me. I couldn’t believe I was holding my sweet baby boy in my arms.

Many don't know that I was adopted, and it's something I rarely think about given that my parents and I have such a close relationship, and would never consider anyone else my Mom and Dad. But when Jack was born, I met my first blood-relative, which was a truly indescribable feeling. I can’t wait to see which of my features he received as he continues to grow and develop.

We have had our kids’ names picked out for years, and Jack was named after Greg’s grandfather. We had several contenders for a middle name but wanted to wait until we met our little guy to decide on one. The night of his birthday, when the three of us had moved to the recovery room and finally had a moment of peace without interruptions, Greg and I discussed which middle name suited him best. We both immediately said Oliver.

Overall the labor and delivery experience was almost exactly as I stated in my "wishful-thinking" birth plan. I’m so glad the induction went smoothly and my body naturally took over so I could avoid Pitocin. Greg and my mom were the best cheerleaders and so supportive throughout the process and I’m so glad they were with me. Greg and I feel incredibly blessed to have a healthy and happy baby boy. He’s so perfect and we fall more in love every day. 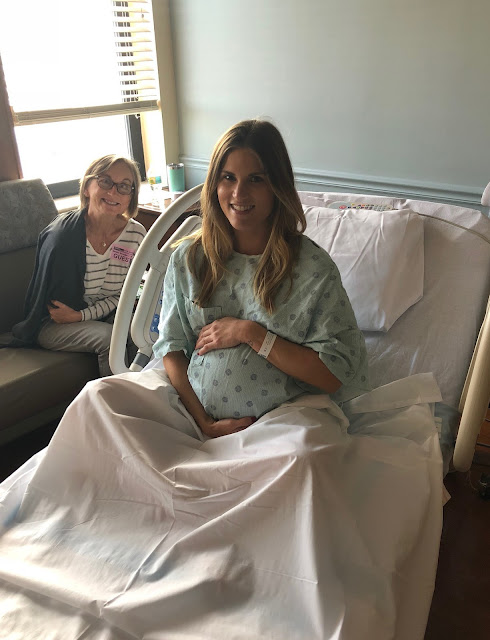 {the last bump picture with my mom/doula} 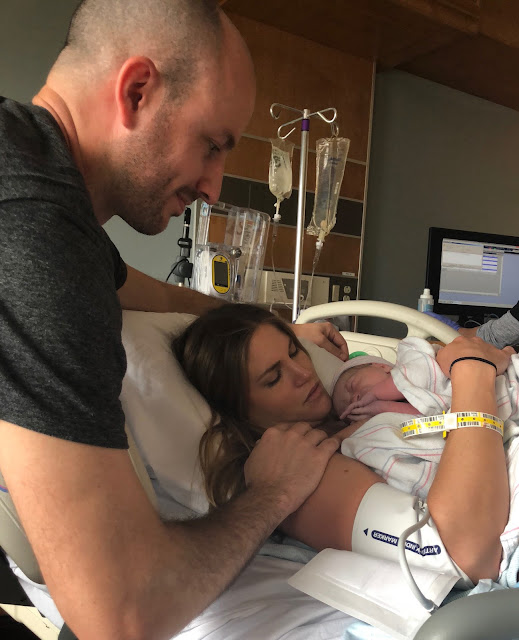 {the moment we became parents} 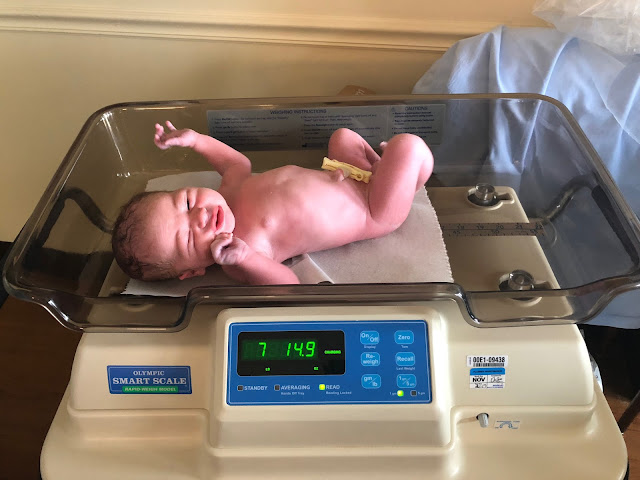 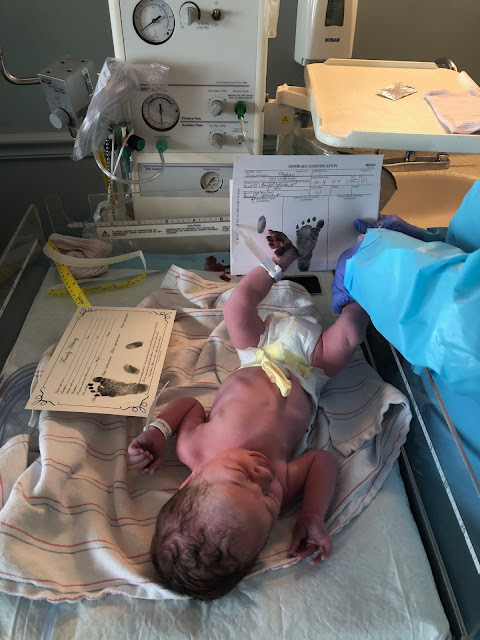 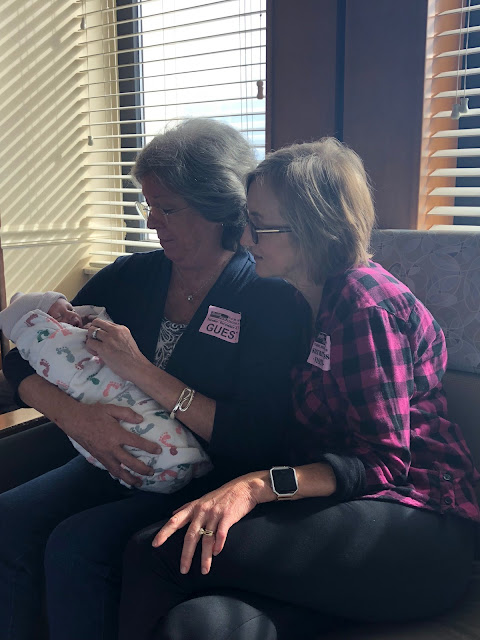 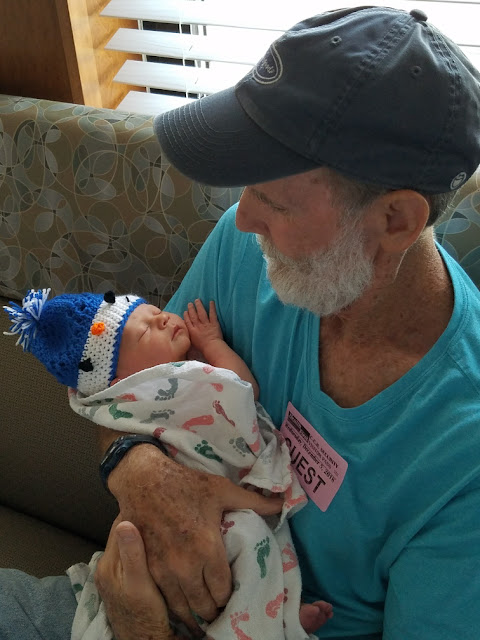 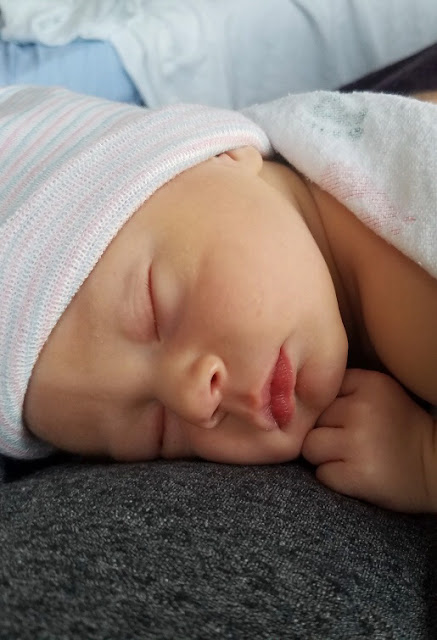 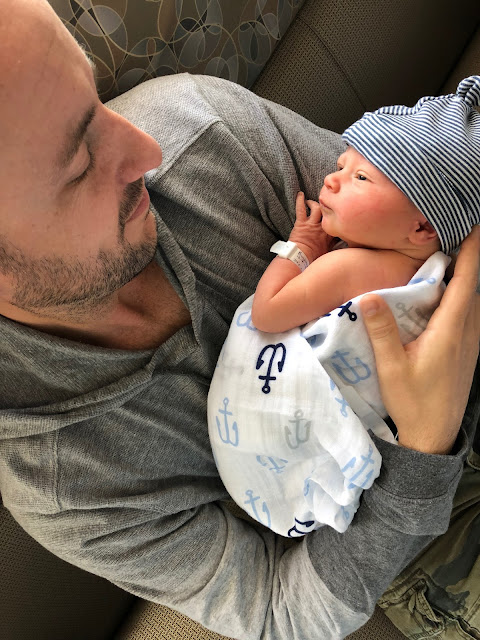 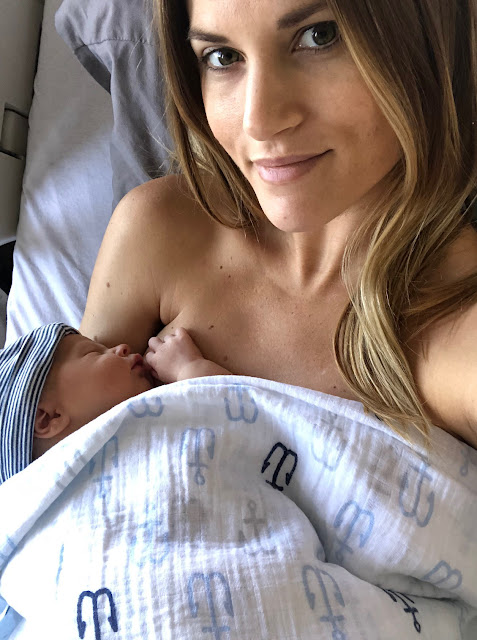 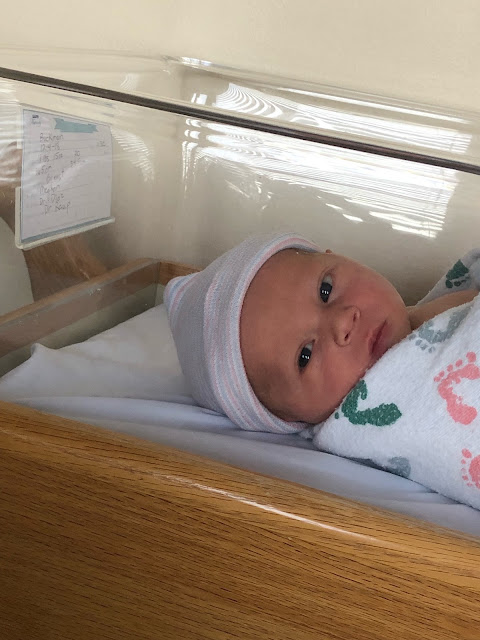 {our sweet boy}
Posted by Meghan Conard at 3:24 PM 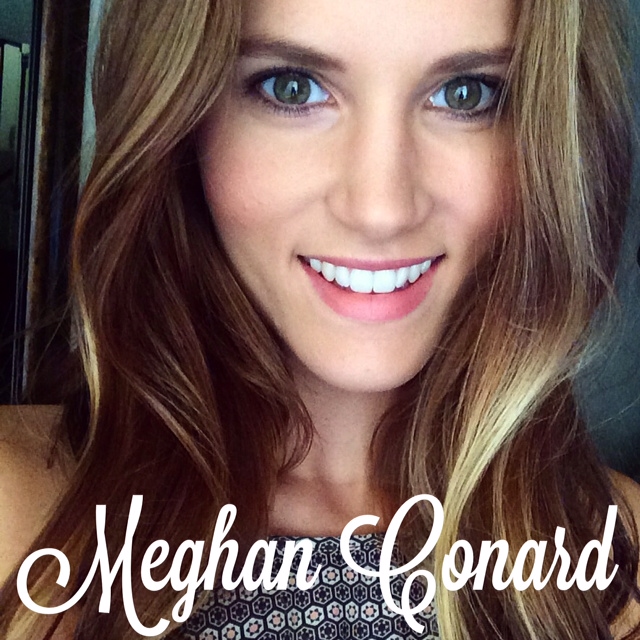 • • • Welcome to MC Squared • • • This blog is my creative outlet for everything that inspires me from fashion trends & style to recipes and memories. Thank you so much for visiting and following along! Inquiries for MC Squared contact: meghanconard@gmail.com ♥